Status
Not open for further replies.

Endermen Farm that works really quickly and can be turned off at the flick of a lever. It's designed for use with a sweeping edge sword, as the endermen have not taken any damage before being put in the killing chamber. Has an enchanting station, a crafting bench, some anvils, some extra storage for pearls and food, and a storage for "loaner swords" for people who don't have

Since the server switched to 1.13.2, people have been wanting a grinder. Now, I hear that the old grinder will be transferred over eventually, but from what I remember of it, it doesn't work as quickly and doesn't require a sword to use it. So, this farm fills a slightly different niche, where it can be faster, but requires a sword.


For a while in Minecraft, it was known that the lower you build your farms, the more concentrated mobs would be. I.e., in 1.12, this farm would generate spawn attempts from y=0 through 15 on the blocks we care about. However, as of 1.13, the only thing that determines the spread is the height of the highest block. So, for the spawning platform, mobs will either attempt to spawn at y=0 or y=1, getting a *much* higher chance per spawn attempt that something will spawn. Because this farm is built so low, even though there are only 24 spawning spaces it will rapidly spawn endermen up to the mob cap.

In 1.14, there were some changes to spawning that could impact this farm if built in the wrong location. I've taken this into account and built the spawning pad in the middle of a single chunk, in case we upgrade to 1.14 without performing a world reset. The only additional change that we'd need is to add some cobble walls to prevent players from getting hit through the trapdoor.
Warp Name: endermassacre (courtesy of MajorWumpus)
World: Survival6_The_End
Coords: (X: -24, Y: 1, Z: -328)
I currently have a private warp at this location named endermassacre that I shall try to invite the application reviewer to.

Imgur Album with the images: https://imgur.com/a/n13xaEQ 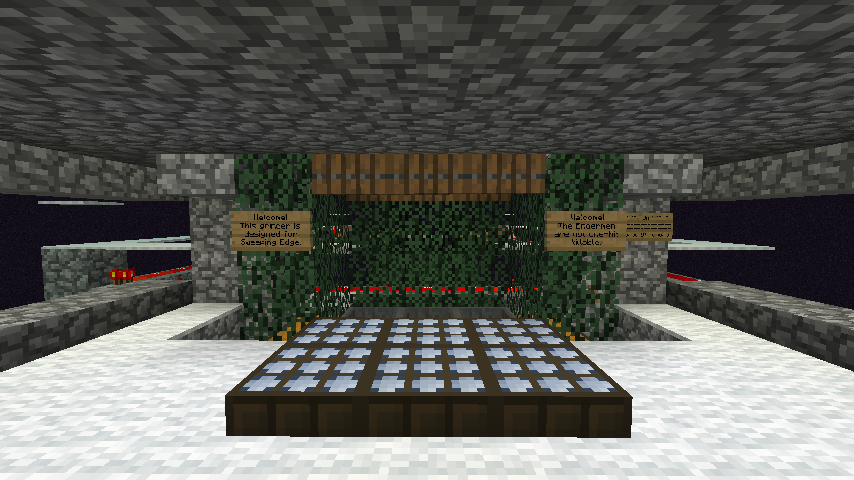 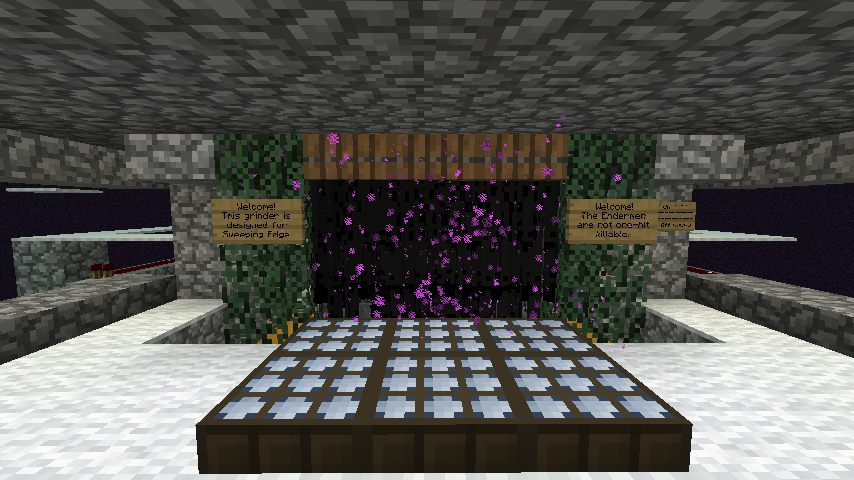 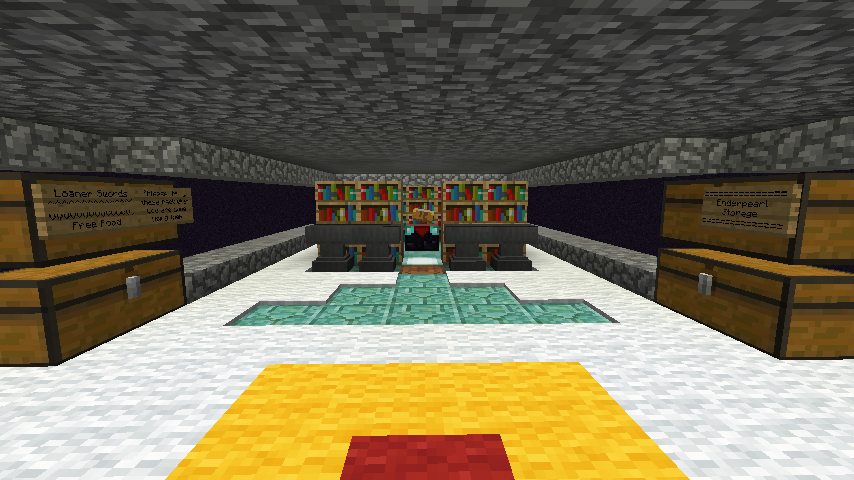 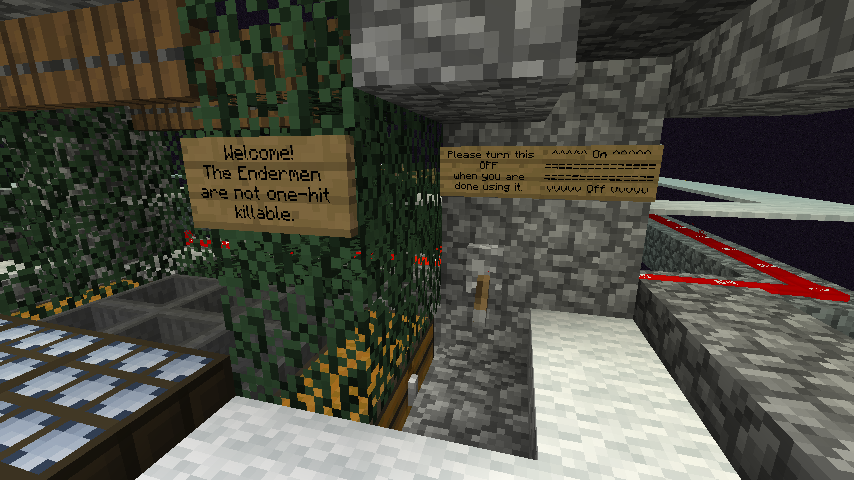 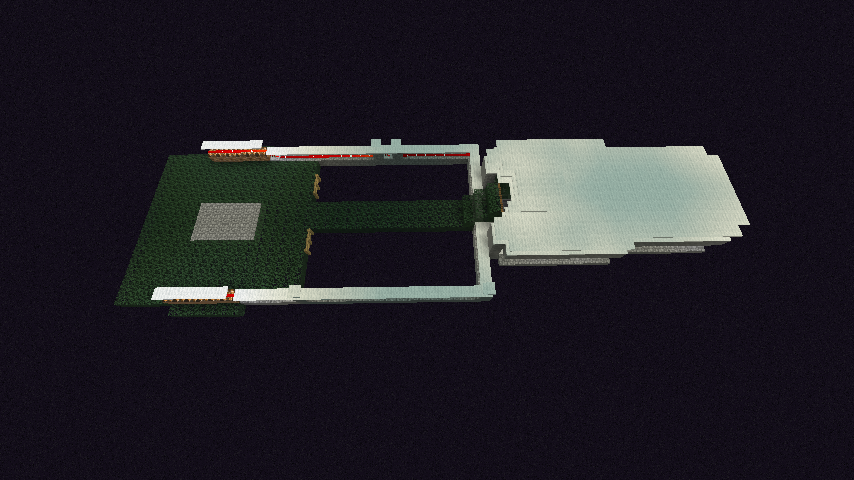 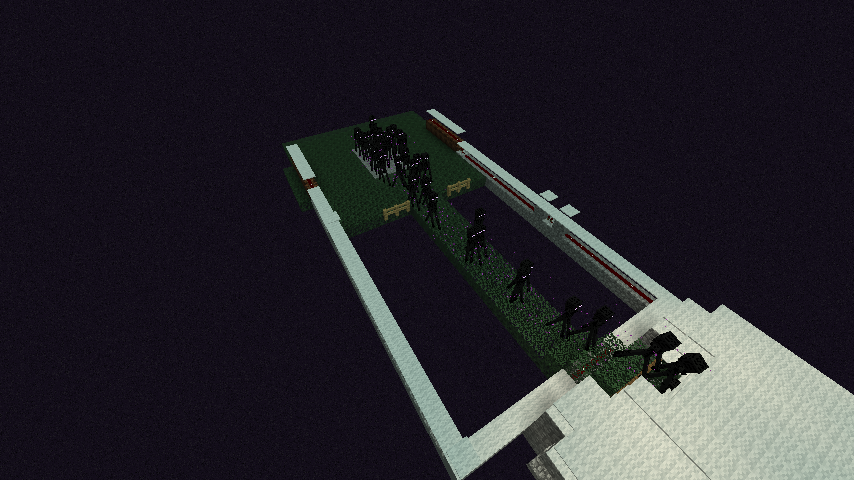 (overhead pictures taken by downloading this part of the world locally)
Last edited: May 7, 2019

Thank you for taking the time to apply for a public warp. We (the moderation and administration team) will now vote on this and decide whether or not this is worthy of a public warp. Please note that this process will take 5-7 days, at which time we will reply to this thread informing you of our decision.

Thank you for being patient while we vote. We have decided that your project will become a new public warp! Congratulations! You can access the warp with the command /warp grender

Status
Not open for further replies.