Staff member
The Legend: The Mystery of Herobrine: Book 1 - The Start of a Quest 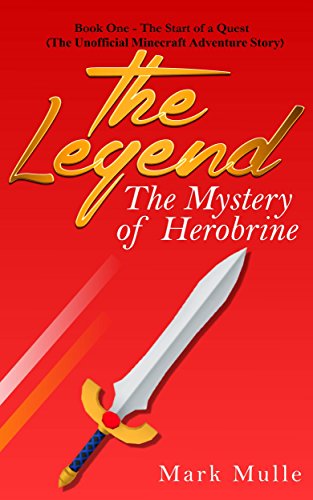 Mike – a Minecraft noob, and his friend Jerry, have taken the first steps into their first Minecraft adventure together.

While things start off pretty calmly with Jerry slowly teaching Mike his first lessons in survival, mining and crafting, our two players manage to get themselves into a series of misfortune - mining too deep, escaping monster-ridden mines and stumbling into a mysterious and hostile clan.

Follow our two protagonists on their journey and find out what they will discover.
https://www.amazon.com/dp/B00PKAR89G/?tag=bookfreeby-20

Staff member
Adventures Through the Over World, Book One : The Creeping Transformation 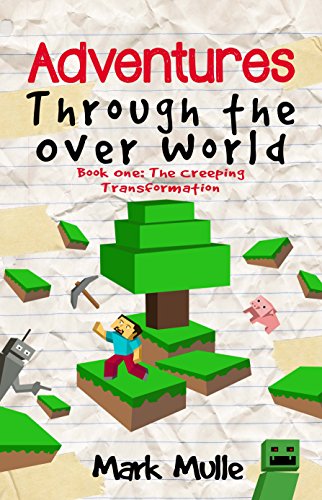 Steve's normal and peaceful life was suddenly disrupted by something dark and sinister. Shelby, Steve's dog, is struck by a strange creature that made it ill while also absorbing some of the creature’s powers.

Find out the answers in this new story of adventure and friendship brought to us by Mark Mulle, one of Amazon’s best-selling authors.

Elias was a young Enderman. And he was a NINJA.

As an initiate of the Order of the Warping Fist, Elias is sent on a mission by his master to investigate the deaths of several Endermen at Nexus 426. Elias is excited to prove himself as a novice martial artist, but is a little nervous--he still hasn't figured out how to dodge arrows!

And now, when the young Enderman ninja discovers that the source of the problem is a trio of tough, experienced Minecraftian players, will he be in over his head? And what's this talk about a 'Skeleton King' and an army of undead?

Season 4 Episode 1 - The Search for Home

Dying sometimes makes you forget stuff. Or, at least it did for Skeleton Steve. As our hero finally emerges from the underworld to the surface, sad about losing his friends and longing to get home, he is suddenly reminded the hard way that skeletons can't just walk out into the sunshine!

Alone with no idea of where he is, our hero sees the Steve in the distance--the man who killed him--and goes after the immortal guardian of Diamodia in pursuit of a truce! After all, if he can catch up, the Minecraftian would be able to tell him the way home! But will Skeleton Steve even be able to catch up to the Steve in the wolf-infested mountains ahead? Watch out for the sun!

Skeleton Steve spends the day hiding from the sun inside the ruins of a sandstone house in an abandoned village with a very interesting companion--a young zombie villager obsessed with a deep need to remember who he is! Sound familiar? Our hero can relate. Well, Skeleton Steve gives the zombie a journal to help him regain his memory, and offers to help and take him along with him. Maybe they can both find their homes! But there's one problem: the next night, the village is attacked by Minecraftians and the two of them are separated!

S4E3 - The Missing Name
Skeleton Steve is recovering from a harrowing night of a brutal zombie assault on a small mountain village, and he's desperate to find his way home to his friends. When he feels out of luck and totally lost, Skeleton Steve suddenly runs into the teenage zombie villager that he lost back in the desert village!

Now, vowing to help the poor young zombie recover his memories before heading home to Zombietown and his tower, Skeleton Steve is swept into a new adventure that he's not expecting! When our hero and the young zombie (and his cat, Mr. Whiskers) encounter a frightful and dangerous witch named Worla, they learn the zombie's NAME and where he came from! However, the whereabouts of the young zombie's home comes with a price--performing a small job for the wicked witch. But nothing bad could come from making a deal with Worla the witch, right?

S4E4 - An Old Friend and a Brave Chicken
(See Description Inside)
---

Diary of a Minecraft Blacksmith - The Blacksmith and The Apprentice: Legends & Heroes Issue 1 (Stone Marshall's Legends & Heroes) - Kindle edition by Marshall, Stone. Download it once and read it on your Kindle device, PC, phones or tablets. Use features like bookmarks, note taking and...
www.amazon.com