Minecraft Alpha v1.2.0_02 (this is not the correct version numper

When you release the keys, you'll see a message on your Minecraft screen saying something like "Saved screenshot as 2010-11-09_08.09.39.png". The file will be in the new folder "screenshots" next to the folder "saves" that you should know by now. (To quickly get to the Minecraft folder tree on Windows, run the command "%appdata%". Or go to the new skin section in the Minecraft main menu, click "Open skin folder", then go to the parent folder.)

You can now simply make screenshots by just hitting F2. Now you can screenshot the chat, too. Holding F1 and then pressing F2 still makes a screenshot without interface.

Example from windowed Minecraft (but it works in fullscreen, too): 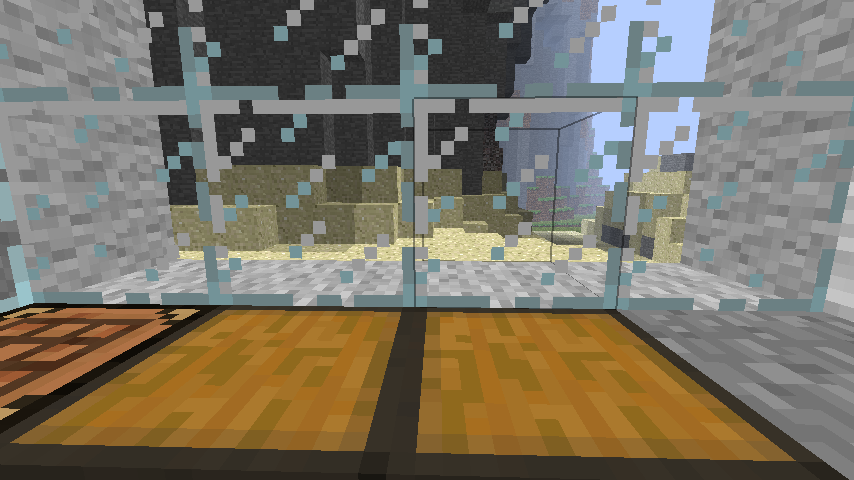 I saw this tip just now on Notch's Twitter, and I'm not happy that you have to scrape those tips from every corner of the Internet. More tips:

F3 = debug information (e.g. framerate; remember that there's a "limit framerate" option that you might want to turn off to see the correct value, but turn it on again later because there's no need to burn your hardware for frames that you never get to see)

And here are a few mods that can change/remove the "Alpha" text and prevent UI resizing (got the link from Vargess): http://www.minecraftforum.net/viewtopic.php?f=25&t=63613 The screenshot above was taken from an un-modded vanilla original Minecraft client. The blocks are wool.
You must log in or register to reply here.
Share:
Twitter Reddit Pinterest Tumblr WhatsApp Email Link
Top