Staff member
Post here if you have a comment about the process, questions about any of this or whatever it may be, post it here. You may also create a separate post in this forum if you wish.

If you want to submit a build to be cataloged, try to fill out as much of the following as you are able to:

If you just have a location and general descriptions, that's enough to get started.
Last edited: Jun 13, 2020

Lover of Cats and Potato

Lover of Cats and Potato

Description:
A faithful recreation of the Rethan Manor [Odai Plateau] from The Elder Scrolls Morrowind.
In The Elder Scrolls III: Morrowind, players of that game following the House Hlaalu story arc
can build this location as their stronghold in the game.

There are additional interior spaces with chests/player items that was used actively on build7 by crypto4coin.

Crypto -
Initially I built void spaces to maintain scale between interior and exterior spaces from Morrowind for appearance in Minecraft.
I filled them with chests to store materials from the Resources map during the construction of the project on Build7.

I left these chests faithfully intact from when it was being built and cloned onto the Creative map, also noted on the successful builders permit application, for both historic and personally nostalgic purposes.

Original thread from the builders application by Crypto4coin.

Player Name: crypto4coin Co-ordinates: x: -100 , y: 81 , z: -10550 World: Build7 As my second application for a Builders Permit; I submit my re-creation of The Rethan Manor (also known as the players stronghold if they complete the House Hlaalu story sub-quest arc) and surrounds from The Elder...
minecraftcc.com 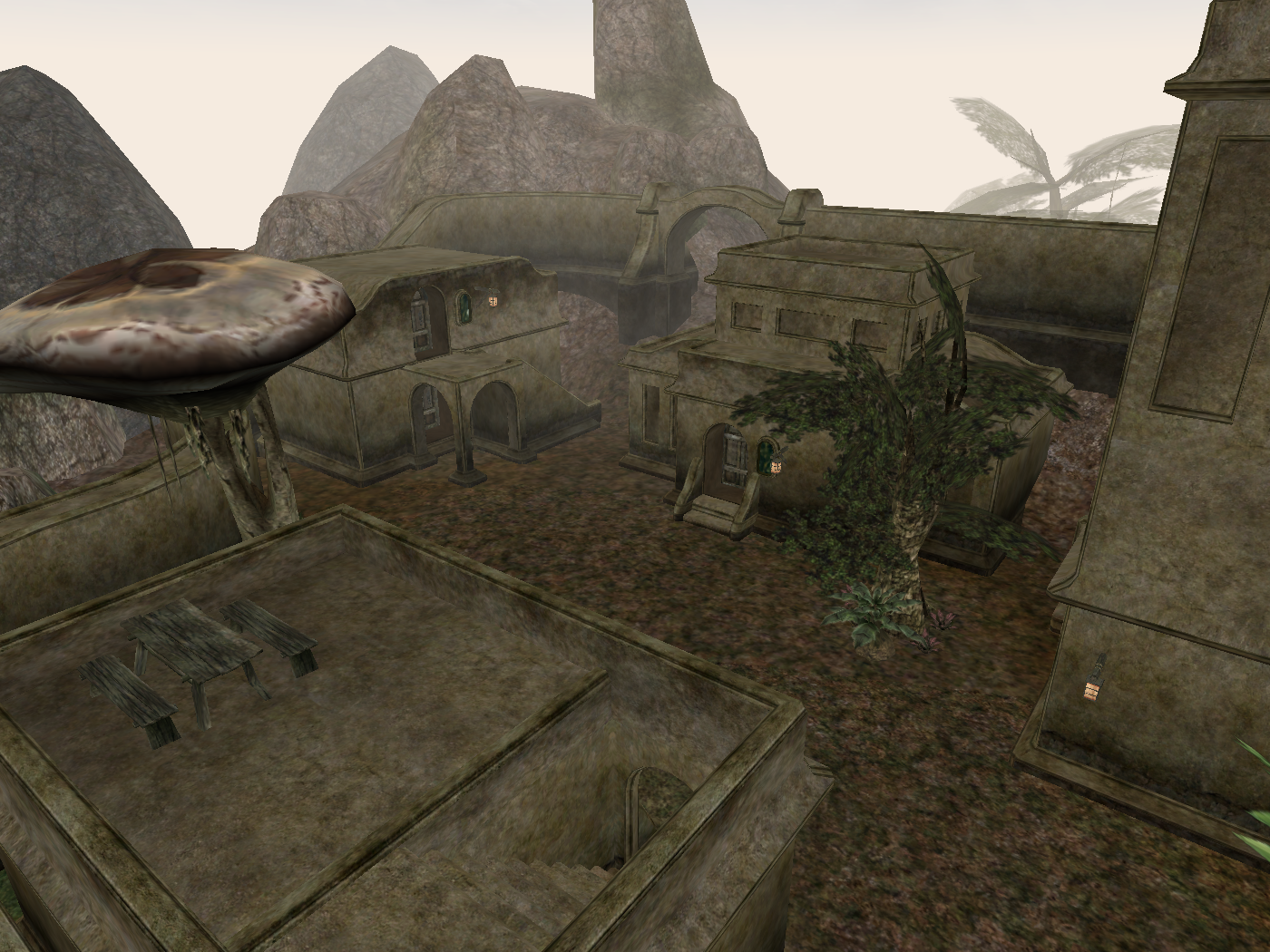 Note: Morrowind, The Elder Scrolls and other related terms are the property of Bethesda/Zenimax Media.
Crypto4coin and MinecraftCC have no association with them.

Description:
A pyramid of glass with beacons, pillars and framing materials, made from inspiration of Minefoxies Megapyramid during the Mine4BTC era.
There is a sealed second floor that running around in creates an interesting disco effect.
I have just very recently added some doors to make that level accessible without breaking blocks, beneath the staircase to the south.

Pilgrims Wayrest is a combination of a small and well lit dock with no ships is currently on the southern coastline below; with a rest and recuperation building for the strange folks that come to visit the pyramid on pilgrimages.

A decorative place with a kitchen, library, enchantment tables, anvils, rooms upstairs and a treasury for collected offerings to the chapel fill the space. Armor stands with various armor types occupy where residents of the chapel, guards or monks working in the chapel would be found.

Construction of the building on the coastline below the pyramid was dormant from 2017-2018 until it was completed recently (2020).

A basic shack with small garden/field and trap door into a tiny natural cave.

In between the above builds is a small beach to be built on shortly.