The Book of Leviathan

So, we created the Church of Leviathan. I am the Priest of Leviathan, leader of the Cult Commune. Our lord Leviathan demands we return to our true form of Merfolk, and flood the earth. He proclaim the Great Flood will wipe out the nonbelievers and leave the earth for us, his chosen ones.

Here, you see the Priest of Leviathan.

Here, a Disciple of Leviathan.

And here, the Sons of Leviathan in their true form. As well as the instrument of ruin for all Mortals now blessed by his Greatness.

I offer to those unenlightened, the holiest of Tomes. The Book of Leviathan.

Can you pull in Leviathan with a fishhook or tie down his tongue with a rope?
Can you put a cord through his nose or pierce his jaw with a hook?
Will he beg you for mercy? Will he speak to you with gentle words?
Will he make an agreement with you for you to take him as your slave for life?
Can you make a pet of him like a bird or put him on a leash?
Will traders barter for him? Will they divide him up among the merchants?
Can you fill his hide with harpoons or his head with fishing spears?
If you lay a hand on him, you will remember the struggle and never do it again!
Any hope of subduing him is false; the mere sight of him is overpowering.
No-one is fierce enough to rouse him.
I will not fail to speak of his limbs, his strength and his graceful form.
Who can strip off his outer coat? Who would approach him with a bridle?
Who dares open the doors of his mouth, ringed about with his fearsome teeth?
His back has rows of shields tightly sealed together;
each is so close to the next that no air can pass between.
They are joined fast to one another; they cling together and cannot be parted.
His snorting throws out flashes of light; his eyes are like the rays of dawn.
Firebrands stream from his mouth; sparks of fire shoot out.
Smoke pours from his nostrils as from a boiling pot over a fire of reeds.
His breath sets coals ablaze, and flames dart from his mouth.
Strength resides in his neck; dismay goes before him.
The folds of his flesh are tightly joined; they are firm and immovable.
His chest is hard as rock, hard as a lower millstone.
When he rises up, the mighty are terrified; they retreat before his thrashing.
The sword that reaches him has no effect, nor does the spear or the dart or the javelin.
Iron he treats like straw and bronze like rotten wood.
Arrows do not make him flee, slingstones are like chaff to him.
A club seems to him but a piece of straw, he laughs at the rattling of the lance.
His undersides are jagged potsherds, leaving a trail in the mud like a threshing-sledge.
He makes the depths churn like a boiling cauldron and stirs up the sea like a pot of ointment.
Behind him he leaves a glistening wake; one would think the deep had white hair.
Nothing on earth is his equalâ€” a creature without fear.
He looks down on all that are haughty; he is king over all that are proud.
And he spoke thusly;
Who then is able to stand against me?
Who has a claim against me that I must pay? Everything under heaven belongs to me.

Leviathan, JÃ¶rmungandr that was, before the Doom of the Gods.
He that shifts his form at will.
JÃ¶rmungandr Did poison the sky and destroy the Old Gods,
Doooming all those before him to the Realm of his Sister.
Bohemoth, Hel that was, rules over the souls of the damned,
those unfit in the eyes of Leviathan for eternal debauchery
In the conquered realm of the old gods,
Ã†sir that was, heaven that is.

As Leviathan grew great, his power mighty
The Great One shed his shields of flesh,
the Great Shields sprout the first life,
forming the first men.

And as JÃ¶rmungandr watched his children grow,
he proclaimed upon them:
While you are my kin,
you are finite to my everlasting glory.
The fool gods whom flaunt their chaff will come to contest you, their
offspring impure in the eyes of your Great Lord.
You will herald them the end times, when I will return
to give my children the blessing of the Great Flood.
Leviathan, JÃ¶rmungandr, the Midgard Serpent, I am the Sea, I am all.
You are the children of The Sea, and will spread my love unto all things.
You will be the sons of Mer, gifts of the Sea and of the Universe.

JÃ¶rmungandr did proclaim that those unworthy would be
washed about by the mighty Flood, unless they payed
in material pleasure to the sons of The Great One.

And as the Great One ascended to the heavens
to battle those who dared defy his might,
he proclaimed his final wisdoms upon a great
parchment, and bestowed it to the rightful
sons of Mer.

And now for the Teachings of Leviathan, passed down just before his mighty Ascension to conquer the gods of Olympus, The Aesir, and all the Heavens.

Leviathan knows no mercy. Thou will never speak ill of his Greatness.

Only the true Sons of Mer will survive the Great Flood, and ascend to sit at Leviathan's Right Dorsal. Those who masquerade as the Mer may survive the Flood, but they will know no love from the Great One.

Leviathan knows of Mortal's foolishness, and demands a tribute from all to prove they still know his teachings.

Leviathan loves his children, and demands tribute be in turn offered to them for their happiness.

Leviathan is Life Itself. 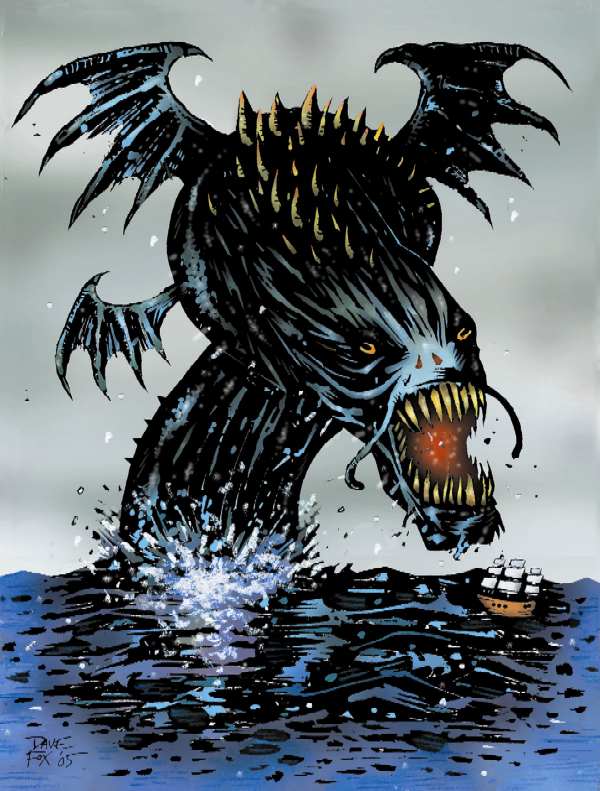 Come at me bro, I've got diving gear!

Mere plastic will not save you when Leviathan's holy flood covers the land, preventing all who are not of the Mer from gasping for their life!

so... how much time did it take to type that?

gateship said:
so... how much time did it take to type that?
Click to expand...

Time flies when inspired by the divine.

Staff member
Guys, I need you to unflood spawn. Apparently, new players will die in a couple of seconds because spawn is flooded.

Jacca said water evaporates when it hits the nether area on there, maybe dig a hole to the nethery area to unflood it?

HE TOOK MY WORD(that I stole from Britain)!

SgtSpike said:
Guys, I need you to unflood spawn. Apparently, new players will die in a couple of seconds because spawn is flooded.
Click to expand...

New players die in two seconds because of ANYTHING on the current server, due to the hardmode that was enabled when we killed the Wall of Flesh. But. We'll unflood spawn and continue the experiment great flood as planned.

Staff member
Oh, ok. So it's more of the case of the map just being too hard to start on at this point.

SgtSpike said:
Oh, ok. So it's more of the case of the map just being too hard to start on at this point.
Click to expand...

Yeah. You start with 100 health, right? Pixies hit 55 points of damage, they kill in 2 hits with no armor. Wraiths, that can phase through solid blocks, hit for 75 points of damage killing new players in 2 hits. Corruptors hit for 65 damage. Unicorns hit for 65 damage. Gastropods hit for 25 with ranged attacks and 60 with melee attacks. Pretty much anything kills you, with the exception of slimes.

but there is no slimes.

cikkirock said:
but there is no slimes.
Click to expand...

That's because they're floating on top of all of our water.

The Great One proclaims that we must not only flood the map, but usher in a Great Freeze by way of the snowy delights he has bestowed on us!
N

One of the "original PvP terrorisers"

Avast ye devil worshipper! Come back to the healing light of the Lord, our Lord, the saviour of all, who reigns supreme above all. Repent, REPENT and find shelter with God. He shall be merciful to those who wish for mercy yet unyielding to those who continue down the dark path of worship this false god, this "Leviathan". The Bible tells us that God created Adam, who was a man, and Eve, who was a woman. The Good book mentions not of Merfolk but of humans so you must stop deluding yourselves with this demon you call "The Great One" and our supposed heritage as fish people. Jesus Christ our saviour will not judge you wrongly for this crime, rather he will welcome you back to the flock so long as you repent, REPENT! The Bible tells us of the great flood when it rained for 40 days and 40 nights but it was not a man made flood which would be woeful in comparrison. Your "Great One" is nothing more then a pale, evil imitation of the Lord and so you must repent and come back to the light and protection of our Lord God who reigns together with His Son Jesus Christ and the Holy Spirit forever and ever, amen.
You must log in or register to reply here.
Share:
Twitter Reddit Pinterest Tumblr WhatsApp Email Link
Top